A Caravan of Literary Proportions: Jonathan Shainin at Jaipur 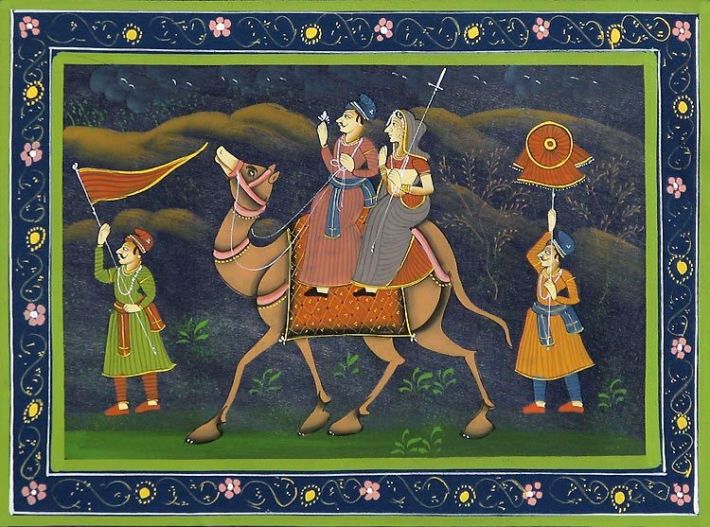 “The idea that at each successive moment he was deeper into the Sahara than he had been the moment before, that he was leaving behind all familiar things, this constant consideration kept him in a state of pleasurable agitation.” ― Paul Bowles, The Sheltering Sky

At the Jaipur Literature Festival this January, we encountered a bearded gentile moderating a panel entitled “The Jewish Novel.” The panelists—Howard Jacobson, Gary Shteyngart, Linda Grant, and Andrew Solomon—hilariously debated the ways in which identity visibly and invisibly twists itself into fiction. Throughout, the panel verged on descending into hysteria (its humor and potency heightened, perhaps, because of imminent collapse). But the moderator held the helm with deftness and lightness, drawing linkages and injecting rigor while still leaving space for the spontaneous unfolding.

This is the kind of thing our moderator – Jonathan Shainin – deals with on the job every day.

Jonathan Shainin is senior editor of The Caravan, a monthly magazine of long form literary journalism that publishes diligently researched, artfully written pieces on the characters and issues that animate contemporary India. In its three years in print, The Caravan has established itself as the preeminent magazine of its kind in the country, a must-read for Indians and foreigners alike in search of a slower kind of journalism: critical analysis and contemplative storytelling in the midst of India’s frenzied media landscape. American-born Shainin brings editorial expertise (honed at The New Yorker, Abu Dhabi’s The National, and elsewhere) and an outsider’s spirit of inquisitiveness to his desk in Delhi.

The Caravan has found its calling in investigative, time-intensive reporting: pieces that often take 6 months of work, but stay relevant for 6 months and more after publication. One of Shainin’s editorial precepts: urgency. “People have to feel like they need to read this.” The Caravan’s mammoth profile of contentious Gujarat chief minister Narendra Modi is a prime example: timely, unprecedented in its depth, and startling.

We sat down with Shainin after a day of eclectic literary ensembles to talk about the editorial eye, Caravan’s vision, and the tamasha that is the Jaipur Literature Festival.

-A Piece of fiction by Attia Hosain, Storm